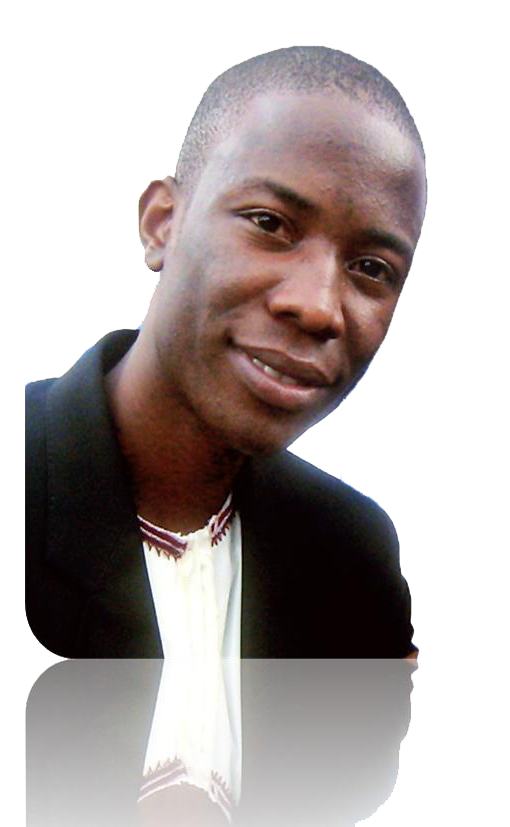 Tyler Steven, Born Steven Mpagi and raised under a christian Family in the heart of Kampala, the capital city of the Pearl of African as known(UGANDA)

By the year 1988, i was brought in this world in the the First month on the 4th day of that year, I am the second last in the family of five children , the last one being a girl and the first Born being  Boy. i was raised in a christian family and My daddy being a strong christian, i grew up with the right foundation. I grew up in one of the close towns to the capital city Kampala and my Grandie papa being one of those founders of the village, we owned alot of land and i grew up with alot of knowledge on many activities including Farming, poultry and other activities. By the year 1994 i was ready to go to school and as young as i was, i remember being to happy every time i reached school and teachers liked me so much, this really helped to motivate my intentions and made dedicated. at first it was all about impressing the teachers and my mummy because every time i performed good in class, i received alot of complements from them, it took me time realize that every ting that i was doing was all about me and for my feature, thought the years at school, i always stood out of the other students because when ever exams came out , i was either ahead of the class or next to anyone who managed to beat me by a few points, this raised alot of attention at school and every time i came second in class, students would mook me as if i was the last, this really challenged me to shoot more and upgrade my game and by the time the finals came to skip the primary level, i managed to hit a total of 10 points scoring a classic First Grade,

At home i was always treated the same as others and my Big brother Enock always motivated me in my perfomaces because he was just another genius at school, but i guess he had raised the stakes so high in that every school that i also attended that i could not beat him. this was clear that our family was made of children who valued education ad were always aiming to being the best. I grew up with all my close family member around me including all my grandies from both sides and to me , i always thank God for this, My grand father always treated me very different from others and he always said i was the one person that always made him smile, he loved me from the days when i was still a small boy to this day, he is now about 94 years old and still counting, he has celebrated a golden Jubilee with my grand mother and they are still together to this every day. My daddy was Structural Engineer er who work in the capital city most of the time and our family job being in construction i thought it was that one thing that i would end up doing too because my grand father was into construction as well and he had a big experiences in the field to the fact that he used to travel to other countries handling some big project. As time went by i developed in a Big Boy and i remember being so anxious as a young man amd always wanted to try every thing from sports and musical activities abd i remember not being so good at football despite the fact that i really wanted to play it, but then i realized that i was great at Basketball, at school i always tried out on playing different instruments and although i was not that good, i tried and tried until i mastered some of the local instruments and i became good to the fact that i used to play on parents days at school and also tried acting. Mummy always said that i was one of the stubborn kids he has ever raised looking back to the headache i used to give her, i did not want to to any house work and often we would fight with my brother and sisters over house work, Time came wen i had to join high school and this meant i had to go away from my family for the first time in my life to a boarding school, To me this was one of the toughest times i have ever went through because there every thing changed pointing on me, i had the responsibility to take care of my self as a young man and trust me, most of the time i felt like ruining away, thing really affected my performance in class and reduced my Mojo for studying (Mojo means the Dedication to perform or accomplish a certain task).