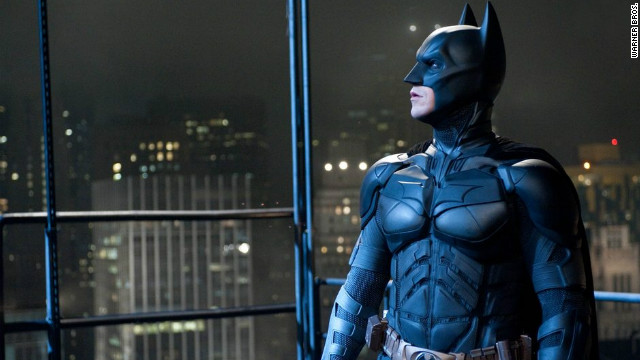 The author predicts that "Rises" won't have the same legs as "The Dark Knight."
STORY HIGHLIGHTS

(EW.com) -- Alright, here are the facts about The Dark Knight Rises:

In addition to the rather impressive Olympics skit featuring Daniel Craig escorting the Queen to the event (and not no transgender showgirl, the actual bonafide Queen! The one with the throne and dangly.. pearls!), Sony chose to run a new TV spot for "Skyfall”, Craig’s latest venture as Jimbo Bond, during the commercial breaks. I dunno about the rest of you rascals, but having been sleeping while most of you were watching the opening ceremony, this was actually the first time I’d caught the Bond teaser – looks beaut; and if I were a betting man, I’d place a few bob on this one making some Moneypussy down at the Casino Royale come November

Ya know, it mightn’t be my favourite Bond movie, but I do love the theme from Jones’s venture into 007-ville "A View to a Kill” : 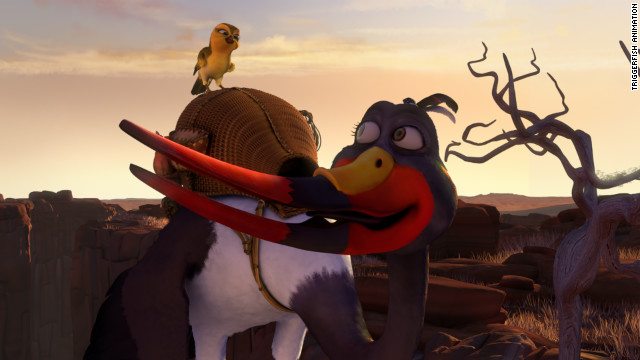 (CNN) -- He's got blue wings, an adventurous spirit and is poised to be the latest film star to come out of South Africa.

Set in the majestic Victoria Falls and inspired by southern Africa's startling artwork, "Zambezia" is hoping to put South African animation on the map while enthralling children around the world with its uplifting message of togetherness.

The movie, produced by Cape Town-based Triggerfish Animation Studios, has been selected as the closing film of the 33rd edition of the Durban International Film Festival, which runs until July 29.

"The film is a wonderful ambassador, in a way, of South Africa and I think as it travels the world it's going to spread the word about an industry that is young and vibrant and extremely talented," says "Zambezia" director and co-writer Wayne Thornley.

"In and of itself, I think it's just an enjoyable ride for children and they're going to come away wishing they could fly."